It is tempting to quote the source post in its’ entirety, since the process outlined is pretty straight forward. The even shorter version is the extremists left uses deep blue districting against itself, combined with low voter turnout in primaries. Repeat as often as possible until the left is able to consolidate power.

There will be massive vote fraud that very well could tilt the election. At the end of the day though, the problem is that about half the population and almost all of the institutions are in league with the commies. Until we excise this cancer, we will always be just one election away from disaster. We narrowly avoided disaster in 2016 but the long-term problem remains and actually grows worse.

We simply have to get over the notion that the US is one country. It isn’t any more and it won’t be again. Unfortunately, we have got half the country that wants it to be one country with them in charge of everything. Even on our side of the divide, half of us don’t see the problem. The half that does see the problem indulges in wildly unrealistic ideas about how to resolve it. There are those who think we can persuade the Left with the sheer logic of our positions or that Federalism will actually work . There are those who eagerly await the coming civil war but think that we will inevitably win because we control the guns or the countryside or something. Nothing in inevitable in war because the enemy gets to play too and even if we do win, we will have destroyed the Republic by doing what is necessary to win. For myself, I am unrealistic too in supporting the national divorce while being vastly outnumbered by the others.

I rate the most likely outcome as simple surrender/betrayal by “our” leaders followed by an unsuccessful attempt to retreat into private space. Second most likely will be civil war followed by de facto separation.
Sometimes, I am glad to be old. – Richard Allen

Eight years of President Trump will help turn some of the deep blue districts a bit less blue but that seems like a small speed bump against socialism’s long march. While the country dodged the Hillary bullet in 2016, with the media and academia extremely pro-socialist the Trump administration may be a brief plateau in the death spiral of the country as founded. Cleaning the voter rolls, combined with the Right’s opportunity to do their own redistricting, maybe our best chance to turn the tide. 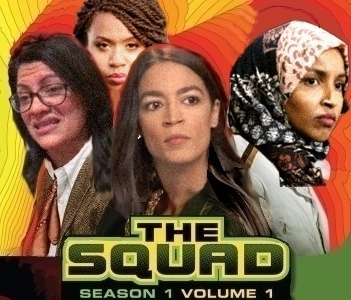 One thought on “Most Americans Oppose Socialism How Does It Keep Gaining Strength?”